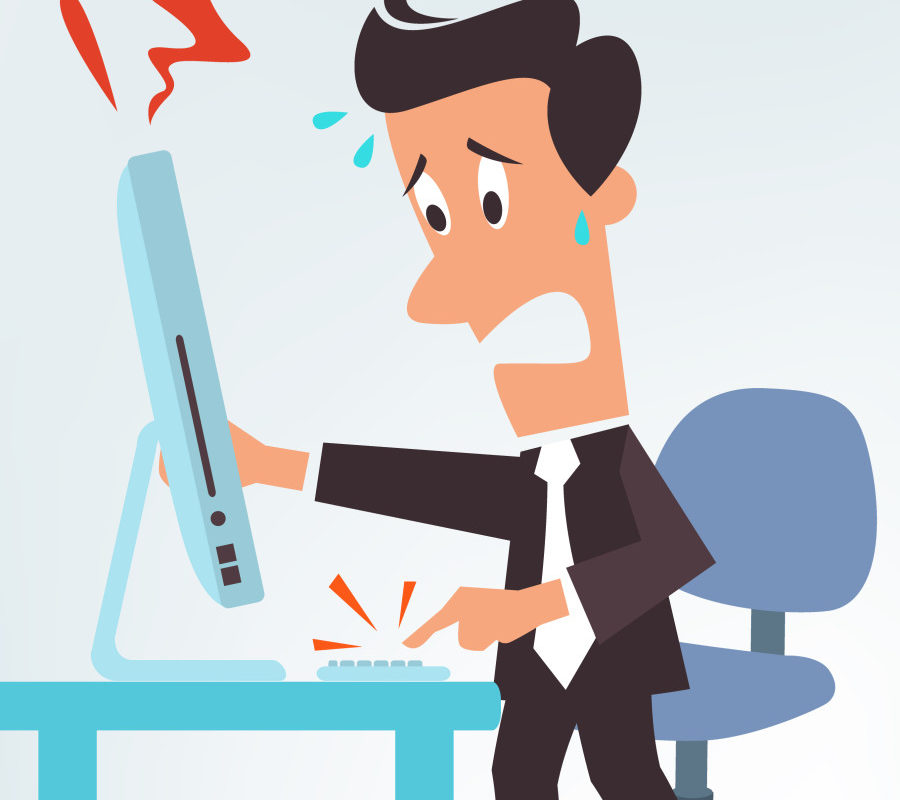 Is your computer acting weird? Are boxes popping up on your screen telling you that your computer is infected? Are you hearing strange sounds?

Your computer may have been infected with malware.

It’s not always easy to determine whether or not your computer has been infected with a virus, worm, Trojan or spyware, because authors of malicious software do their best to disguise their work. But there are some symptoms that could help you figure it out.

Here are six signs that indicate your computer may be infected, according to Tim Armstrong, malware researcher at Moscow’s Kaspersky Lab.

Unexpected pop-up windows, such as fake virus warnings telling you that you have security threats on your computer.

Unexpected sounds play randomly. Occasionally, the computer will respond with an audio signal to things that you have no control over.

They’ll be things like warning beeps, when an error message pops up a lot of times, it will come along with a warning message and certain pieces of malware will stifle that window so you can’t see it. But you might still hear the warning message — a sound in the background that you didn’t initiate.

Files or folders are deleted or changed for no reason. Your files might be missing, or the icons and/or content of your files could be different.

Your computer slows down. One of the popular scams right now is something called ‘pay per install,’ There are third-party companies out there in places like Russia and China that will allow you [bad guys] to go to their forums and sign up to receive a piece of software and they will pay you for every thousand users you can fool into installing the software.

So these people who try to trick you into installing rogue software will put as many things on your computer as possible at the same time to make the most money. And with all this spyware and applications running at the same time, you’ll see a slowdown in performance.

Random connections to unknown websites. You’ll get an alert from your legitimate anti-virus software telling you that an application is trying to connect to a website you’ve never heard of.

Unexpected images. You might see pornographic images pop up or replace benign images, such as photos on news sites.

So if you suspect that you know your computer may be infected with malware, what can you do about it?

The first thing to do is take steps to avoid getting infected in the first place, that includes making sure your applications, anti-virus software and operating system are all updated.

You can also reduce potential vulnerabilities that cyber criminals could exploit by uninstalling applications that you don’t use very much.

Stop a pop-up message by going into the Task Manager (on a Windows PC, hit the Control, Alt and Delete keys at the same time) and manually killing the process that’s running the pop-up. (On a Mac, go to the Apple menu in the top left and select Force Quit.)

But the infection will persist. Installing and /or running anti-virus software — if the malware will let you — is the way to fix this problem. (If not, keep reading.)

Restart your computer in safe mode. On a Windows PC, press and hold F8 as soon as the reboot begins, then choose ‘Safe Mode’ from menu that appears. On a Mac, hold down the Shift key while rebooting. Then perform an antivirus scan to eliminate any other potential infections.

Boot from a rescue CD. Some nasty forms of malware will cripple or kill anti-virus software. In that case, burn a Linux-based rescue CD, which will reboot your PC or Mac and disinfect and repair its files. Most major anti-virus software makers offer the files for free — all you need is access to another PC with broadband connection and a CD burner.

Check your anti-virus software vendor’s website for information on dedicated utilities that you might need to remove a particular malicious program.

But remember: The best defense is a good offense. Take the necessary precautions to keep your computer from getting infected. Install anti-virus software now, if you don’t have it already, and take the time to create a rescue CD using that vendor’s software.

Need a hassle free clean computer without going through all this, you may Schedule a Visit or Call us at 1800 95 40 90 and we will take care of the rest!